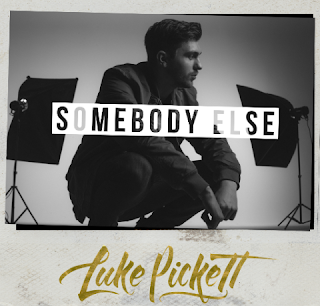 Luke Pickett is a singer song writer from london, who entered the new year with he's face on the front cover of vanityuk! I first met Luke a few years ago performing in Southampton. He is a lovely, genuine guy who delivers music for every mood. He's got new music out now and with sold out gigs across the UK, you need to keep reading about the sensational Luke Pickett!


Tell me about your new single, what inspired you?


It’s longing for a committed relationship from somebody who promises you exactly that but fails to keep that promise. You know the reality but you can’t give her up. She struggles to leave behind what she has known for so long, despite knowing the thing she really wants is you.

The inspiration is just life. Seeing the world around me and these types of things happening.

You were recently featured on Vanity Hype magazine, how did that feel?

It was great! I hadn’t been on the cover of a magazine before so it was a really good experience. It’s made me keen to do more of that type of thing and it gave me a lot of confidence. I’m just very grateful to them for having me on the cover. 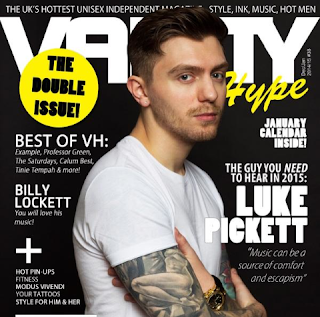 Thinking back to early childhood, what was the first music you experienced?

The first music I experienced was whatever my parents played. The first record I ever bought was by The Police - so that had a massive influence on me. I used to hear a lot of things like Luther Vandross and Bob Dylan also.

What music do you listen to now?

I listen to all sorts… recently I’ve been listening to an old record by Conner Reeves. I really enjoyed the latest Kendrick Lamar album, and I’m a big fan of a band called Stomacher. I’d say there’s less music being released right now that I’m really getting into.

What songs did your parents listen to in the car when you were a child?

To be honest, it’s hard to remember anything specific. I just remember hearing a lot of U2.

What made you first realize you wanted to pursue a career in music?

There was no epiphany moment; it was just something that happened really. I performed live a bit as a teenager and I suppose I must have got a buzz out of it. Since then it’s just been a part of my life. I think part of music is seeking that next buzz. It’s not always easy… there’s a lot of self-doubt and not always a lot of reward. I think craving that reward/success is what keeps me driving forward.

If you had to describe your music in three or four words, what would you call it?

What do you think your “greatest opportunity” has been so far in your musical career?

What has been the biggest challenge for you as a solo artist?

Self-belief… like I said earlier, I live with a lot of self-doubt. It’s a hard job of keeping the mindset that one day you’ll achieve your goal. It’s the bits of praise that come along that keep you ticking over.

Has there been a strong influence for you to continue performing?

I think the greatest feeling as a musician is listening back to and loving what you have created. That’s what inspires motivation and gives you confidence in your ability. When I listen to the album I’ve created I feel a huge sense of pride, and I have this voice telling me “people need to hear this!” That’s what inspires me to continue what I’m doing.

I've noticed you wear a lot of white T-shirts ! What would you call your style?

Haha! Yeah, I suppose I do. It’s funny, because I have so many clothes yet I always seem to be snapped in a white t-shirt. I love jackets, and a white t-shirt just always seems to go, but I don’t always wear white t-shirts, I can assure you! I do love wearing a suit too, but I don’t get too many opportunities to do so.
It’s hard for me to describe “my style”… I’d like to think cool, without being too loud or busy… I don’t know? The reality is probably something I don’t want to hear!

It's coming up to festival season, do you have any plans to perform at any of them? If not which ones would you like to perform at?

I’m not on at any of the festivals this year unfortunately.  I’d love to play Glastonbury. Wireless would be cool as well.

This one is for the girlie fans !!! Whats your dailyfragrance ? And why?

I wear a fragrance by Hermes. It smells amazing, and I always seem to get a lot of compliments on it.

Could you pick your 5 luxury items to take to a musicfestival ?
-fragrance
-electric toothbrush
-blow up double bed
-laptop
-my own private portaloo

I hope you have enjoyed the read!
for more on Luke head to; @Lukepickett /www.lukepickett.com