Jane Eyre at The Mayflower theatre

A night at the theatre with @sotonbloggers 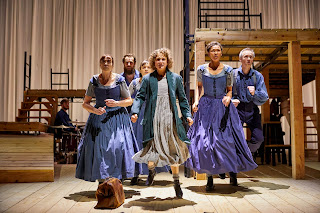 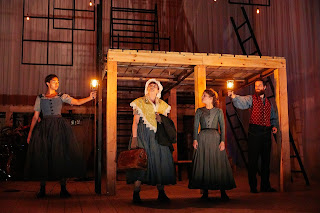 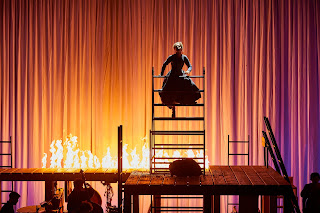 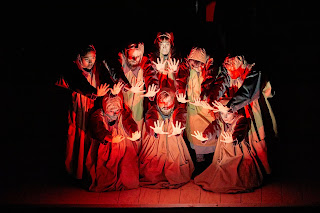 I've always been a theatre lover and I've seen many shows at the Mayflower theatre over the years, so when I was invited to see Sally cooksons new adaptation of Charlotte bronte's novel Jayne eyre last night, I had to be there. We were given Great seats where we sat comfortably waiting for the show to begin. I honestly had no idea what to expect on this "new take" of the novel, it was also a great time to announce the tour as 2017 is the 170th anniversary of when Jane eyre was first published. the highly acclaimed co-production between the national theatre and the Bristol old vic.

Jayne Eyre, played by the amazingly talented Nadia Cliford, shows her beginnings as a destitute orphan overcomes life's obstacles from surviving poverty, injustice, betrayal and the ultimate decisions on following her heart. While others may of found the thought of Jayne Eyre on stage might not of been their cup of tea I can honestly say i was blown away!

From the costumes by Katie Sykes, to the music by Benji bower and sound by Mike beer, the minimalist set design by Michael vale was striking, but I loved how much they made use of it, The way all the actors portrayed the "the house" I found myself actually picturing the building on stage. At the intermission Lexie, Anna and I (@sotonbloggers) couldn't stop talking about how different this production was to what we thought it would be. I mentioned how I like the fact they brought physical Theatre aspects into it and the girls mentioned how the singing, stunning. I really felt it was a diverse performance.

Sally Cookson says "adapting a novel for the stage is a challenging prospect" I must say she did a fantastic job! It's full of unexpected features that will appeal to a wide audience, all in all it was quirky and intriguing, I loved it. Jane Eyre will be at the mayflower from Monday 8th- Saturday 13th may 2017. 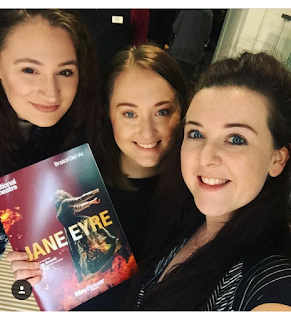 Myself, lexie and Anna

Complementary tickets with the mayflower and sotonbloggers