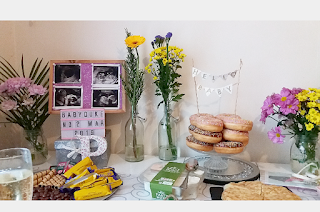 still can't believe after months of planning it's actually already over. I had such an amazing time with all my friends and family celebrating our little miracle baby. I decided I wanted to have the party at my home where I was comfortable and relaxed without having to rush around to venues or anything. I've spent the last few weeks making decorations such as the doughnut topper, the tissue paper bunting, the grandparents and auntie badges also made one for myself and the Polaroid pin board. 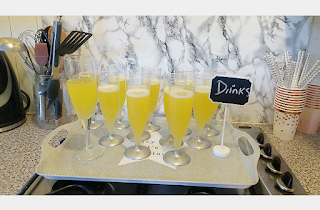 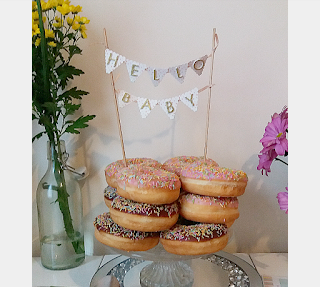 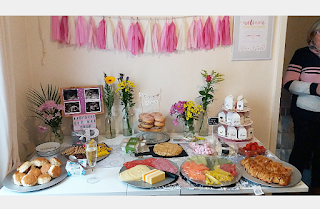 decided I wanted a doughnut tower as I saw it on pinterest as I didn't want cake due to having a cream tea platter and a chocolate platter. My husband helped prepare a lot of the food on the day which helped. He and his brother took our niece and Poppy out for a few hours before coming back near the end of the baby shower so we had them here to celebrate. 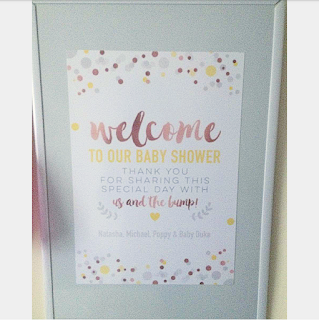 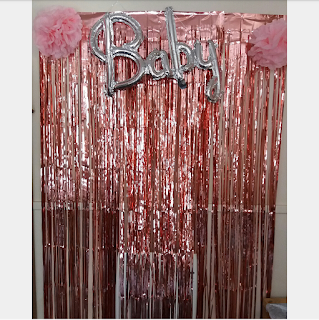 had my sister's Polaroid camera to use for the photos on the board, my sister also made a photo frame for pictures. we also played games such as measure the bump, guess how many marshmallows are in the jar,  and did a few baby trivia games which were such a laugh. Everyone had a brilliant time and I'm so happy with how the day turned out. 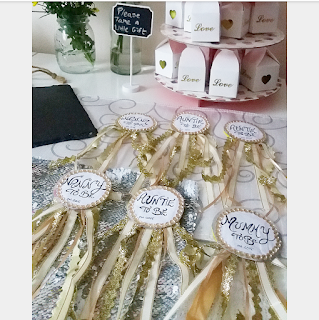 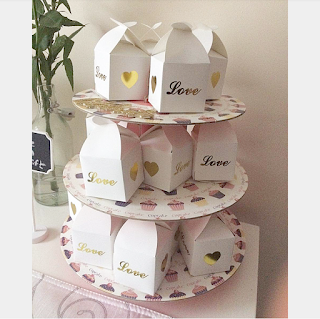 wanted to give my guest something special so I come up with the idea of giving everyone a semi precious gemstone each that i got off ebay. I put them in these pounland boxes I found from their  wedding section. I put flowers in glass bottles and jars to add to the decorations as didn't want balloons. And for the scent of the room I had a strawberrys and cream Yankee candle burning in the lounge. 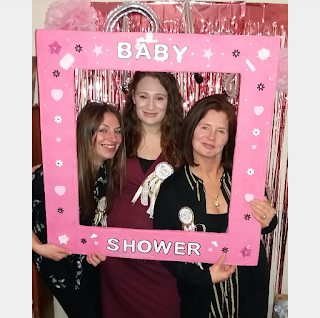 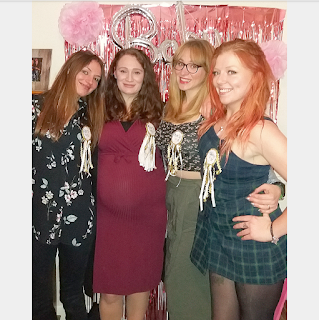 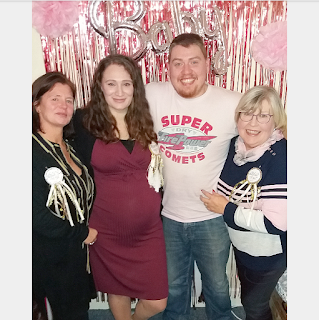